Chat with us, powered by LiveChat

As you might imagine, doctors are hesitant to endorse “natural” erection pills.

First, there’s a strong bias in favor of prescription pharmaceuticals. Second, until now, there’s been limited proof that natural supplements like ProSolution® Plus can give men the same results as their prescription counterparts.

And finally, there are too many snake oil salesmen peddling so-called “natural” erection pills over the Internet that, quite frankly, contain little more than sawdust. In fact, many are pure garbage.

So it’s really saying something that ProSolution® Plus has earned the endorsement of Dr. Dave David, a practicing doctor, CNN medical commentator and former faculty member at Harvard University.

In addition to that, as you’ve seen, the precise combination of ingredients included in ProSolution® Plus has been the subject of one of the first human clinical studies of its kind with men ages 21 to 60. As a result, the ground-breaking study concluded that this precise combination of ingredients is highly effective as they published in The American Journal of Therapeutics (18, 162-169, 2011).

More medical professionals are now recognizing that many herbals:

And when you use ProSolution® Plus, you’re getting a superior formulation backed by clinical studies and scientific research with fresh, quality ingredients. And better yet, there are no known side effects and our solid, risk-free money-back guarantee.

We guarantee that ProSolution® Plus will transform your sex life by helping you enjoy more sexual activity, performance and satisfaction with what you can bring to your partner.

She might like it too, actually. In this same clinical study, female partners of the men reported a 77% improvement in sexual satisfaction.

It's an investment in your sex life and your relationship, too. 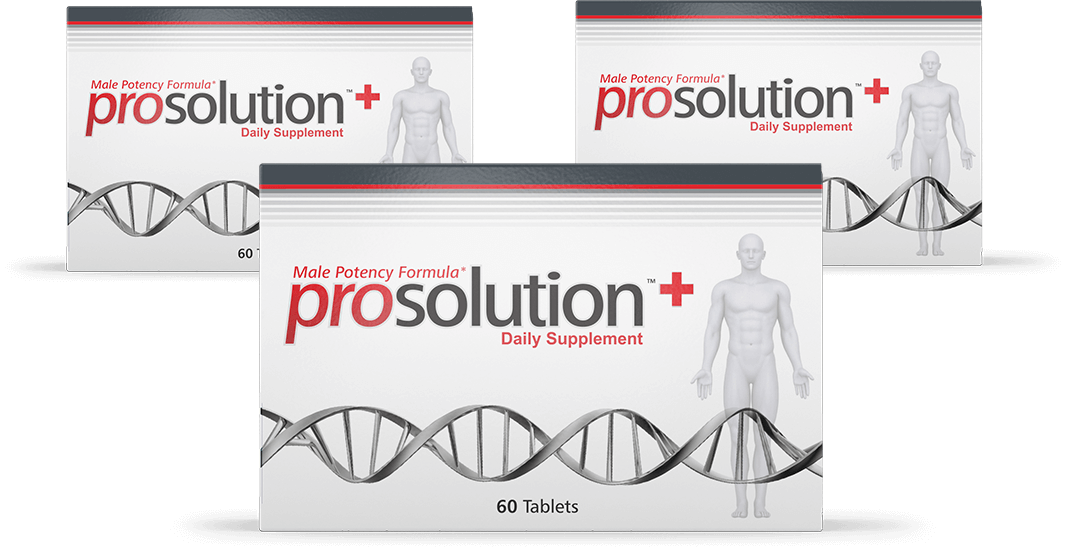